PORTFOLIO
Scharnett Architects & Associates
Thank you! Your submission has been received!
Oops! Something went wrong while submitting the form.
PORTFOLIO GALLERY
RESIDENTIAL
COMMERCIAL
OUR LEGACY
YOUR CAREER
LET’S TALK 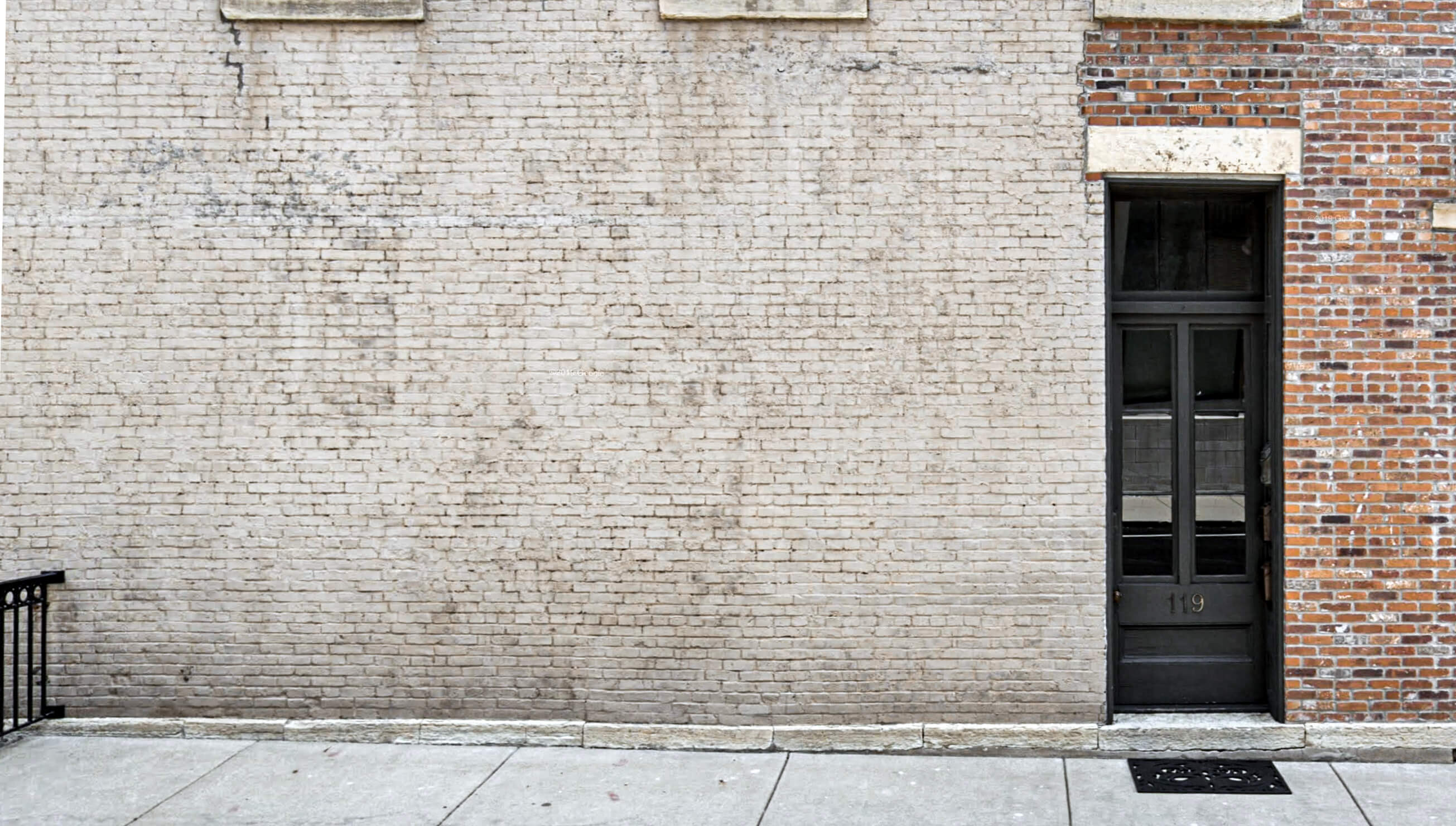 Scharnett Architects & Associates is the successor firm to the designs of Arthur Pillsbury and Russel Francois, and continues to advance a legacy of inventive and redemptive design that stands for eternity.

With its home on the historic square of downtown Bloomington, Scharnett is a design-first firm of imaginative architects whose devotion to detail reaches onward & upward toward completion.
‍
The firm enthusiastically explores a variety of projects, while areas of specific experience or preference include: custom residential, office & commercial, education, historic preservation, landscape design, redemptive/adaptive reuse, ecclesiastical, and municipal...as well as MEP integration for all relevant projects.
‍
Above all, Scharnett Architects create home. At work, in houses, at play...you should feel at home. And home is beyond a place; it's an idea. One where you don’t worry about every little thing—you enjoy it. Together, let's purposefully create peace by piece, and exhale in a space that's naturally drawn to you.

Legacy from Pillsbury to Francois

After the fire of 1900 in downtown Bloomington, IL destroyed nearly everything, a few key architects including Arthur L. Pillsbury began to redesign and rebuild the town… one building and home at a time. The Pillsbury firm grew, changed hands a time or two, until generations later, in 1990, Russel Francois added his own style and passion for landscape architecture to the mix. Paul Scharnett joined Francois in 2014 and purchased the firm in 2019, advancing the legacy.

In 1831, 60 acres of land was donated in McLean County, Illinois to form a new town: Bloomington. Though there were few roads in the middle of the state of Illinois, rich soil brought new farmers, which also brought the need for new business. People came from all over to trade and do business at the town's center, known today as Downtown Bloomington. Notably among these was Abraham Lincoln, who worked as a lawyer in nearby Springfield, Illinois. Then, in the middle of the town’s booming growth, tragedy hit.

After midnight on June 19, 1900, a great fire began sweeping through much of the city's downtown. By 8 a.m. the next morning, stunned residents struggled with the enormity of the devastation: 45 buildings and 5 1/2 blocks had been reduced to little more than smoking rubble.* 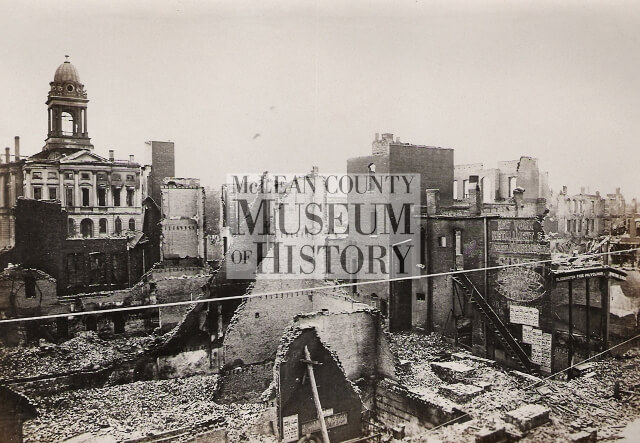 After the fire, it was time to rebuild.

Bloomington was lucky enough to have three talented architects in its midst. One of them was Arthur L. Pillsbury, one of the first licensed architects in the state of Illinois. According to the McLean County Museum of History, “The rebuilding of downtown was finished after only 18 months. Arthur’s designs for the new city center established his reputation as a fine architect.”
‍
* Read more and view amazing before and after photographs courtesy of the McLean County Museum of History.

Arthur L. Pillsbury was born and raised in Bloomington, Illinois. He graduated Harvard University in 1892 with a degree in Engineering, and then graduated from the University of Illinois in 1895 with a degree in Architecture. In 1898, Pillsbury became Bloomington’s first architect with a university degree, and started a partnership with Herman Evans.
‍
In the first few years after the Downtown Bloomington Fire of 1900, Pillsbury designed over a dozen new buildings for downtown Bloomington. During his lengthy, prolific career, he designed and renovated approximately 435 homes, 104 schools, 73 businesses, 32 churches, 22 barns, 17 banks, 16 garages, and numerous other types of buildings. Some of his Bloomington-Normal designs include the Ensenberger Building, the sixth-floor addition to the Illinois House Building, the Bloomington Country Club, several buildings at Illinois Wesleyan University, and the boyhood home of Adlai Stevenson II. 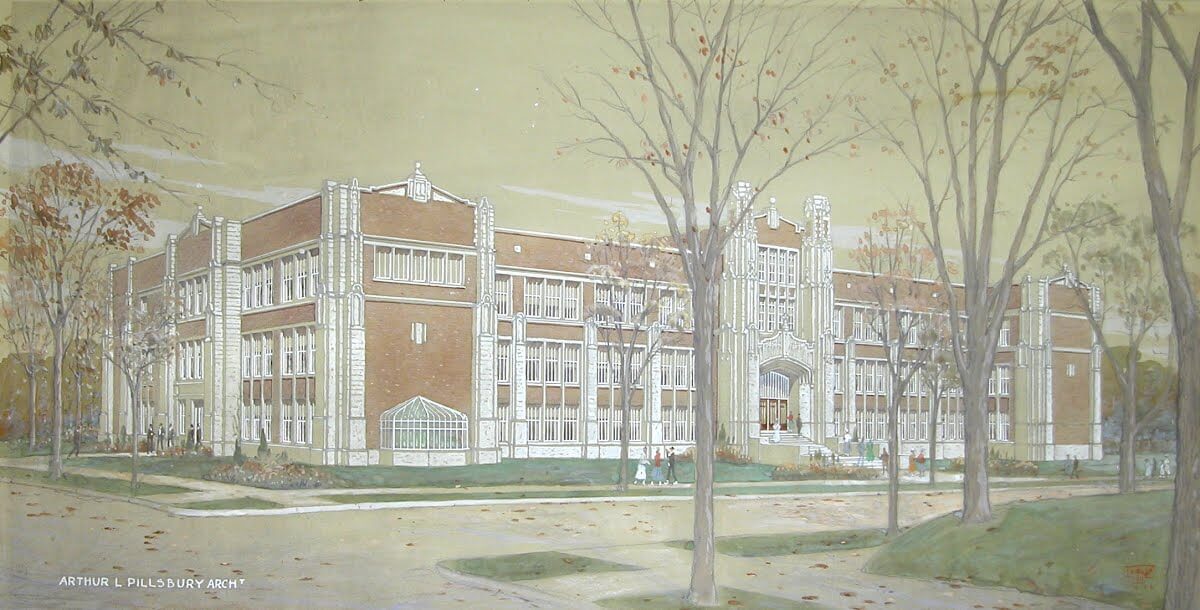 Today, 110 of the homes Pillsbury designed in Bloomington-Normal remain standing, including additions like the iconic stained glass windows, foyer, and parlor of Vrooman Mansion. It was often said of Pillsbury’s designs that his clients need only to tell him what was wanted and what they could afford, and he created a design to suit.

For a list of all of the buildings and spaces impacted by Arthur L. Pillsbury and his contributions to McLean County, view the online collection from the McLean County Museum of History.

Though Pillsbury first partnered with architect Herman Evans, they later formed the firm of "Associates of A.L. Pillsbury." This included local architects Schaeffer, Hooton and Wilson. Tragically in 1925, Arthur L. Pillsbury died in a motor vehicle accident. After his passing, the firm split. One branch continued to be led by Evans, while another led by Edgar Lundeen formed. It was called Lundeen, Hooton, Roozen & Schaeffer. The following decades saw a series of splits and changes until the formation of Hilfinger, Asbury, Cufaude & Abels in 1973.

Sidenote: Similar to Law Firms, most architectural firms included the names of the principal and senior architects in their business name. Interestingly, architects were not allowed to advertise, dating back to 1909 when the American Institute of Architects (AIA) made it expressly forbidden. This made an architect's name incredibly valuable, since the primary way to grow a firm was by reputation. This is also why business name changes were so common as employees and owners shifted.

In 1978, Russel Francois started his career at Hilfinger, Asbury, Cufaude & Abels. He quickly defined and refined his style and approach to architecture, leaning heavily into the beauty and function of landscape architecture and its ability to add to residential and commercial spaces. As his style grew, he noticed a lot of newer projects were much more engineering focused. And while a necessary part of architectural development, it wasn’t his passion, nor the passion of Arthur L. Pillsbury who inspired his architectural career in the first place.

In 1990, Russel left and created his own architectural firm with a focus and purpose of “design first." He believed (and still does) that a firm is defined by the work they do, as well as the work they don’t do. “Taking anything that comes along is very different than trying to design new realities for people,” he says. 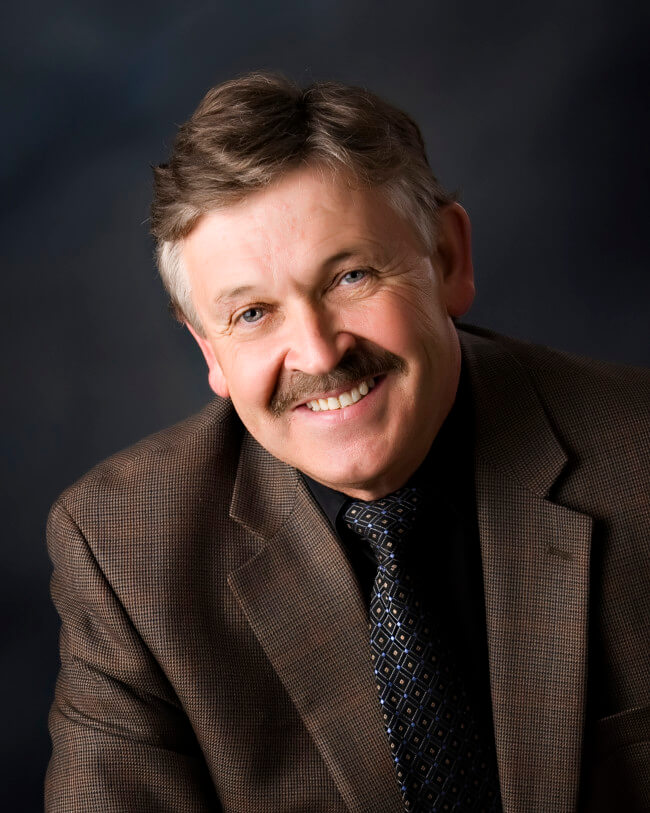 During his career, Francois cemented a legacy as the foremost custom residential architect in the Bloomington-Normal area. However, public spaces were never far behind. And in 2004, his firm received recognition for its design of the Children’s Discovery Museum, with the American Institute of Architects (AIA) placing it on the list of 200 Great Places in Illinois. Francois sold the business to Paul Scharnett in 2019, but is still a key employee of the firm, continuing to influence, design, tell stories, and inspire Bloomington-Normal.

The names Pillsbury, Francois, and now Scharnett, are synonymous with architectural design in the Bloomington-Normal area. Those reputations, combined with an equally long legacy of local involvement, have opened doors to a humbling breadth of relationships and connectivity within the community. This often results in an abundance of potential new projects, putting Scharnett squarely in an exciting stage of growth, and looking for its next generation of architects and associates.
‍
Make no small plans. Onward and upward.